This website uses cookies to improve usability and Tracking Tool Google Analytics, so that we can design our website as needed and continuously optimize it. By using the site, you agree with this! 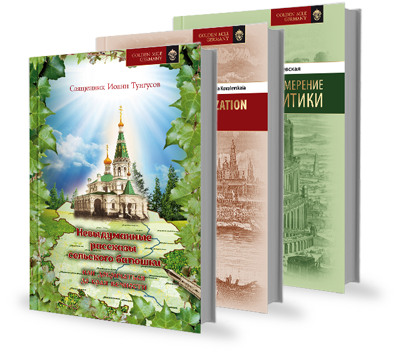 Donate by buying a book
Please, support us and together
we can make the world better!

We are grateful for any Your help!

Do good and encourage the others to do the same!

On March 5-8, 2020, the 8th International Russian Film Festival MIRFF-2020 (Marbella International Russian Film Festival) successfully ended in Marbella. The festival is annually held with the support of the Embassy of the Russian Federation in the Kingdom of Spain. The Club of Russian-Orthodox Patrons (Club R.O.M.), together with Bossner company and the magazine CLAN, are official sponsors of this remarkable cultural event.

Children TV Studio "Telekompashka" with the support of the Club R.O.M. made a New Year Show for Russian speaking children. It took place in the Embassy of the Russian Federation in Berlin. Baron Bossner and Father Frost gave all the children presents.

Donation to a Russian monastery in Germany

On the 27th of June 2015 the St. George Monastery in Götschendorf (Germany) celebrated its 10th anniversary. On this oсcasion the Club of Russian Maecenas presented an icon to the monastery.

Children show in Russian House of Science & Culture in Berlin

June 21, 2015. Amazing children show of the theatre-TV Studio "Telekompashka" took place in in Russian House of Science & Culture in Berlin. Club of Russian Maecenas issued special Diplomas for all participants of the show. The president of this charity organisation Konstantin Loskutnikov Baron Bossner prized also all the actors of the show with their first honorar. 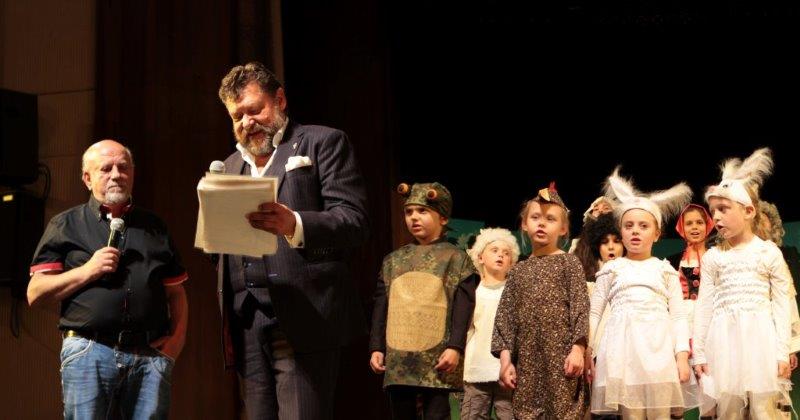 More than thousand books of the priest Joann Tungusov "Real Stories of a countryside priest" were donated to the congregation of Russian Orthodox churches in Berlin: the Church of Christ's Ascension, Hohenzollerndamm 166; Church of St. Sergius of Radonezh, Wildensteiner Street 10; the Church of St. Constantine and Elena, Witte street 37 and St. Alexander Nevsky Memorial Church, Russian colony 14 in Potsdam. The book is really popular. It was many times republished. 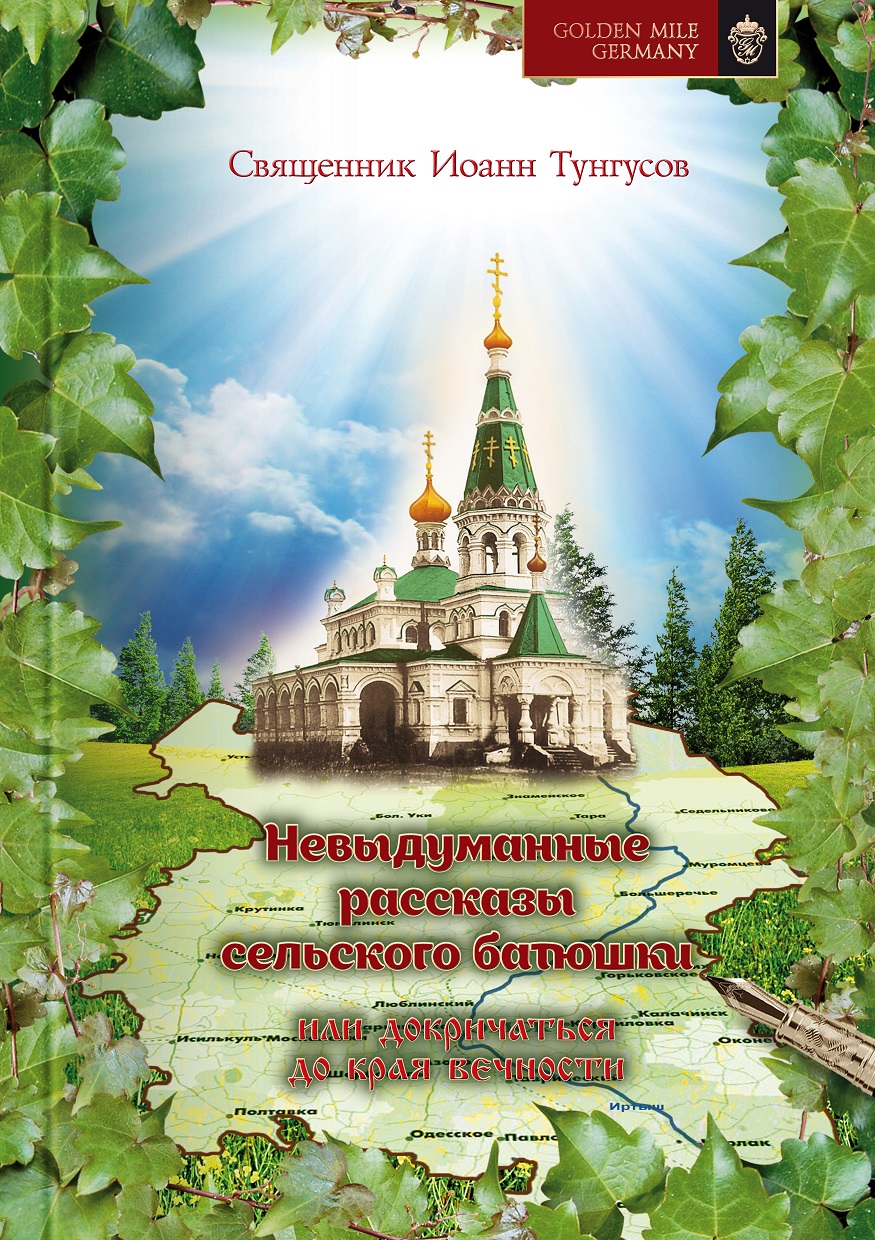 Attention! Action till the 15th of February!

Dear friends, we invite you to support our charity organisation. We
collect money for social & cultural projects and for cure of  children from families with low income.

Please donate to our account till 15 th of February. We will tell stories  about  people, who will help us  in our luxury lifestyle magazine Clan, which is printed in 4 languages (Russian, Chinese, English, German) and distributed world wide.

Do not stay indifferent.

You are welcome to any further questions

Classical music concert for Kiev and foreign patrons, who came to support the educational program "Scholar", took place in Fairmont Grand Hotel Kyiv. Thanks to the funds raise, 28 students-orphans were able to continue their education. Club R.O.M, was among the sponsors. Its President Konstantine Loskutnikov took over the payment of the study of the orphan girl Natalia Savenko in the Kiev College of Light Industry, Natalia aspires to become a famous designer. Thanks to the funds collected from the advertising in the magazine “Clan”, printed by the Club R.O.M., the dream of Natalia became possible.

Consecration of icons in the Church of the Holy Sepulchre (Jerusalem, Israel)

15 canonical oil painted on canvas icons, donated by the Club of Russian Orthodox Maecenas to the church under construction of Saint Equal of the Apostles Prince Vladimir in Berlin, were sanctified in The Church of the Holy Sepulchre in Jerusalem.

Successful operation on the heart of 17-year-old Sergei Vyaschenko with congenital malformation of the aortic valve. Club ROM bought the necessary for the operation valve prosthesis and oxygenator. Now the heart of Sergei works without medication!

Donation to a foundation in Odessa

Club R.O.M. made donation to the Charity Fuondation "Mercy and Health" in Odessa

Construction of a new Orthodox church in Berlin

At the meeting there was discussed the opportunity of building a new Orthodox church in the center of Berlin with the support of the Club and of the mayor's office. The construction of the church in Berlin should not only serve as a symbol of the unification of the German and Russian cultural and spiritual heritage, but also  become an architectural attraction of the city. Ms. Helbig promissed the support of the city authorities in the implementation of this project.

If you want to participate in the construction of the church, you are welcome in our office to discuss possible cooperation.

Meeting with the Chairman of the Labor Union "Ukraine- Pfalz" Evangelical Church in Pfalz, where were discussed the possible funding of Ukrainian doctors, who come to train in Germany to improve their skills. The Club of Orthodox Maecenas offered active assistance to them, pre-established contacts with the Heart Clinic in Berlin. This kind of internship for Ukrainian doctors can give more options for the care of children with heart diseases.

During the visit, talks were held between the former pastor of the church Friedenskirche in Kaiserslautern Mr. Wolfgang Doll, who till this day has been actively involved in the implementation of social projects in Ukraine, and the chief physician of Children's Hospital Prof. Dr. Gerhard Ruppratom. The main theme of the meeting was to discuss funding opportunities of heart surgeries for children. Professor Ruprat expressed great interest in participating in such projects and promised to reduce significantly intern medical costs in the clinic

Negotiations of the representatives of the Club of Russian Orthodox Maecenas with the Protestant Church of Reconciliation (the pastor and the dean deputy of Kaiserslautern Mr. Frank Schuster). The focus of the talks was on the mutual assistance and cooperation of the two organizations in the field of finance of surgeries for children with congenital heart disease. Shepherd Frank Schuster expressed his agreement to support the charity project of the Club and proposed to present it at the large conference of all ecclesial communities of Kaiserslautern in order to engage in the project a larger circle of people.

The participation in the project will be held through Club  R.O.M., whose interests will be represented by Mr. Shepherd Schuster.

The 50th Anniversary of the Protestant Church in Frankeneck

The celebration was attended by Mayor of Frankeneck Mr. Jurgen Shlupp.

The executive secretary of the Russian Orthodox Club of maecenas R.O.M. Inna Boyko, the representative of the Catholic community of Frankeneck Mr. Gainer Oppermann, the first pastor of the Church Rudy Yob, the actual pastor of the Church Stefan Shatul agreed to raise together funds for the financing of children from low-income families with congenital heart disease (cleft Batalov duct).

The famous choir of Frankeneck took part in the celebration.